Taking a modern approach on the classic exploration adventure, Brent Davison and his wife Maree escape the hustle and bustle of Sydney life with a weekend escape to tranquil bushland just 250km north of home in a Touareg 190 Premium.

By Brent and Maree Davidson

YES, I know, doughty exploring chaps like Blaxland, Lawson and Wentworth would have chortled in their beards over the 2020 Davison expedition but hey, this was OUR expedition and we did it OUR way.

Anyway, they were discovering the unknown; we were having an extended weekend away.

So no camels or horses, no guides or bearers and no need to have a working knowledge of stellar navigation or animal husbandry. For us it was a comfortable, spacious and well-equipped Volkswagen Touareg SUV, a box of goodies, a six-pack, a bottle of red and a litre of mosquito repellent.

But hey, we did it tough. Our spacious and comfortable two-storey eco-lodge, tucked away in tranquil bushland near Bombah Point lacked a phone and air-conditioning and we even made do with a modestly-dimensioned TV instead of a big-screen unit and that, I believe, constitutes ‘roughing it’ in the modern sense.

For our sacrifices we were rewarded with a family of friendly bush turkeys, a large and inquisitive kangaroo, a garden chockablock with fresh veggies and herbs and a chook shed for eggs fresh off the vine, or from the …. well, you know ....

Geographically the sleepy village of Bulahdelah, about 250 kilometres north of Sydney and 15 minutes west of Bombah Point, serves as the gateway to the coastal fresh water Myall Lakes National Park region of the New South Wales mid-north coast.

The park, stretching almost from Hawks Nest and Tea Gardens in the south to the southern shore of Smiths lake in the north and west past Bulahdelah, comprises Myall and Boolambayte lakes and The Bombah Broadwater.

With a surface area around 5,800 hectares Myall is the biggest. The Broadwater covers an area of around 2,400 hectares and Boolambayte a modest 1,100 hectares.

Fed by the Myall River, which flows into and out of The Broadwater, coming in on the western side and flowing out to empty into the vast Karuah River between the towns of Tea Gardens and Hawks Nest, the three lakes are interconnected and navigable by small craft. Smiths Lake is close by the Myall Lakes trio but not formally part of the complex.

Most of the lakes region is surrounded by the Myall Lakes National Park and that means plenty of space for camping and caravanning in a number of beautifully-located camping areas. It also means that, sadly, Fido will need to stay home because domestic pets are banned from national parks.

The abundance of water also means boats of all sizes with tinnies, yachts, kayaks, canoes, stand-up (or in my case fall-off) paddleboards and jet skis plying the lakes. Everyone who visits the region seems to own at least one fishing rod and the nearby Pacific Ocean means a choice between salt and fresh water fish.

The NSW National Parks and Wildlife Service operates a car ferry across the lake at Bombah Point, effectively the meeting point of Boolambayte and The Broadwater. At a mere 200 metres the crossing is short buts adds a fun element to the drive and is way more interesting than the freeway alternative. Operating every half-hour between 8am and 6pm, it also makes a handy shortcut to the boring freeway if it is timed correctly.

The narrow area between the lakes and the sea is mainly uninhabited, as are the many small islands in the lakes which can be reached only by boat. The ruggedness of the low, windswept vegetation and dunes makes this the stuff of modern explorers’ dreams.

Explorer types can pack a lot into a long weekend without travelling too far or trying too hard and just a simple drive with the odd stop means finding kangaroos, lizards, birds, huge goannas, scrub turkeys and, for the really lucky, koalas, with almost 30 in the Hawks Nest area alone

A picnic on the grassy shore of the Broadwater at Mungo Brush, just over six kilometres from the car ferry, is a good way to prepare for a pleasant 45-minute walk through the rain forest itself with good trails offering a wide choice.

Ocean beaches beckon and so do the history lessons and one of the most significant places to see is Dark Point, in the southern area of Myall Lakes National Park and just a few kilometres north of Hawks Nest.

Declared an Aboriginal Site of Significance in 2002, Dark Point, with its sweeping white sand dunes, crashing ocean and nearby islands has great cultural significance for the Worimi, the traditional landowners, and has been a gathering place for them for over 4000 years.

The Worimi people would gather there in their clans, or nuras, to feast on the abundant seafood. Traditional burial sites, as well as middens, have been found in this area.

Tragically, it is also the site of a 1830s massacre of aboriginal people by white settlers, the story bringing sadness to its beauty.

Both Hawks nest and Tea Gardens are sleepy waterside communities, the kind of places where everyone knows everyone else and almost every driveway or front yard is home to a boat or caravan (or both), houseboats bob at anchor and dinghies putt-putt-putt across the water.

And when the hunger pangs set-in and something a little classier than a lakeside picnic is needed? Look no further than Tillerman’s restaurant and The Boatshed, both in Tea Gardens, both waterside and only a short distance apart.

Visiting The Grandis, a 400-year-old, 86-metre tall Flooded Gum recognised as the state’s tallest tree is as simple as heading north from Bulahdelah, taking the Lakes Way and following the signs.

From there aim for Seal Rocks and the Sugarloaf Point Lighthouse (hint: take some good walking shoes because the climb to the light is a ripper). 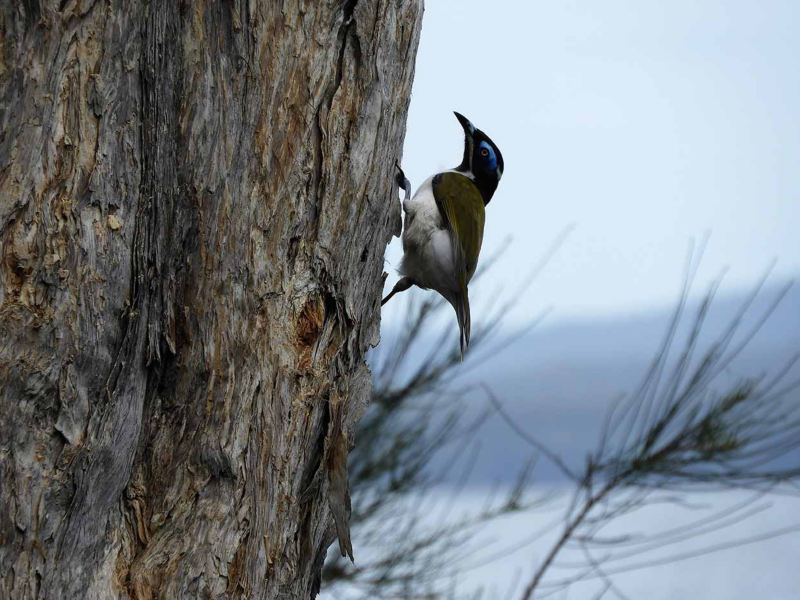 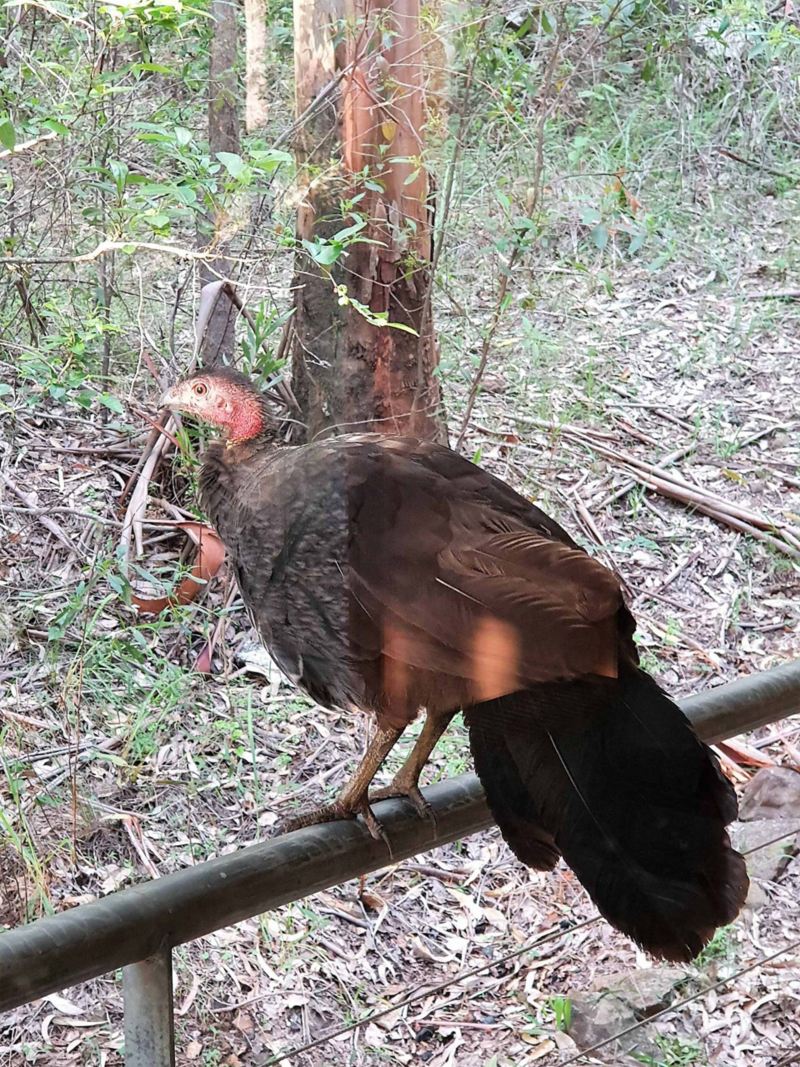 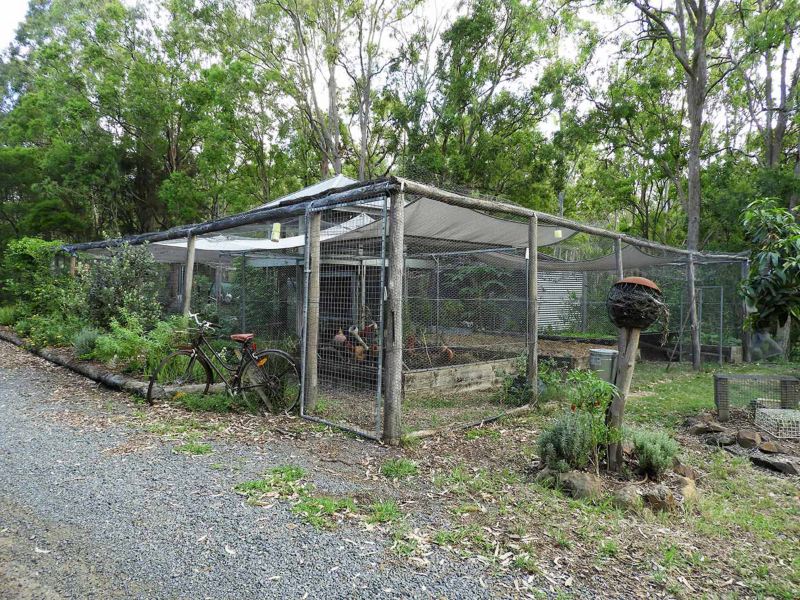 The light, some 80 kilometres north of Tea Gardens, was first lit in 1875 in a bid to stop the mounting number of shipwrecks and is worth the effort for both the view and the insight into the coast’s quite brutal maritime history.

Interesting fact: The lighthouses built along the NSW coast all have different flash patterns, giving mariners reliable navigation beacons as well as providing a safety net.

The aptly-named Seal Rocks, home to the northernmost colony of Australian fur seals, is right on the whale migration super highway and the patient among us might even spot the odd dolphin pod just behind the breakers, too.

Effectively a caravan park and a general store-cum-post office, the hamlet offers spectacular beaches for surfing, swimming and fishing with great vehicular access and the sight of four-wheel-drives being reversed into the ocean and boats simply floated off their trailers is both amusing and amazing.

The good part is that, with the freeway just minutes away, ending a weekend of adventuring and exploring is easy, requiring nothing more than packing everything back in the car and meandering back to the Big Smoke to resume normal service.

And that, let me tell you, is an entirely civilized way to have a 21st-century exploration adventure along a part of Australia’s east coast.