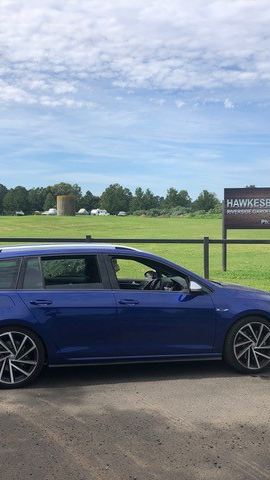 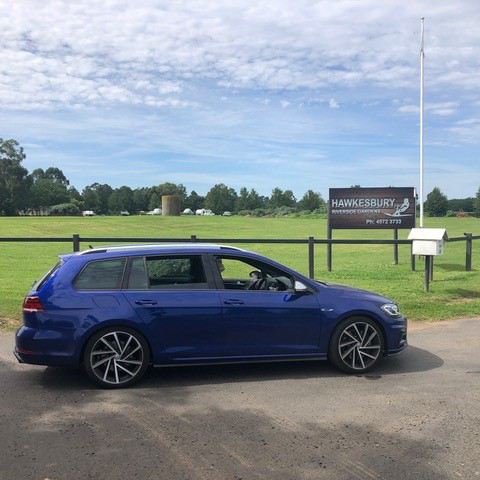 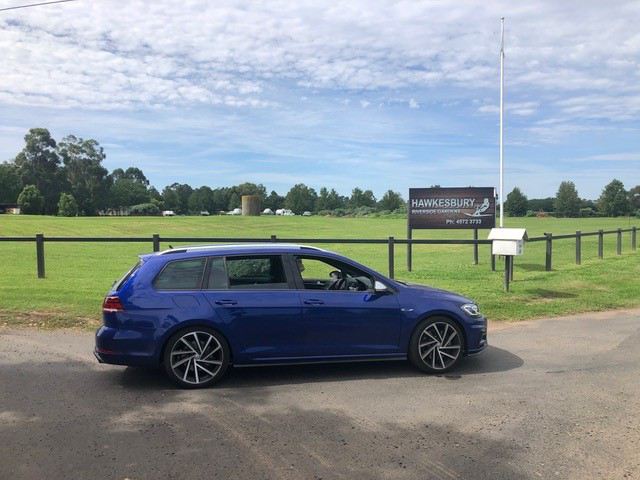 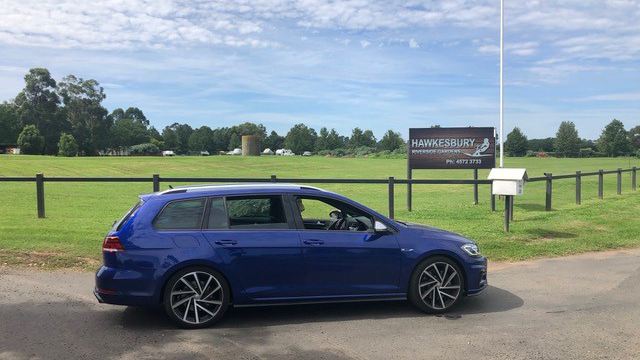 Succumbing to his daughter’s apparent need to be in water regardless of the weather, Stephen Corby takes his family up north to Pitt Town, in a Golf R Wagon.

I guess at least one of Aquaman’s parents would be able to sympathise, but it truly is very weird, as a father, to discover that your wife has given birth to a fish, albeit one of largely human appearance.

Obviously, it’s not my fault, or not entirely, because the first child, the boy one, who is thus more like me, was not a fish, but in the case of our daughter, the evidence is so overwhelming that I have found myself, late at night, while she’s sleeping, carefully examining the sides of her throat for gills.

No doubt there are other people who can relate. Most kids like swimming in pools, and the ocean, but there are children who simply won’t get out once they’re in. And in the case of my dolphin daughter, she’ll get in no matter what - rain, shine, hypothermic conditions, penguins. I’ve seen her don a wetsuit in winter to get into a pool at a holiday house on which I’m fairly sure a thin layer of ice had formed. Her brother watched wide-eyed from inside the house.

When we finally dragged her out, her lips were the colour of Smurfs, her hair wild and ragged, much like Aquaman’s, and her features were frozen in a grimace because she didn’t want to stop.

Now, obviously, the kind thing to do would be to buy a house with a pool, but sadly we live in Sydney and have a back yard just big enough to fit an inflatable paddling puddle, which she will lie in, somewhat grumpily, for hours.

All we can do is arrange our holidays around water-based activities, which is why we found ourselves recently at Hawkesbury Riverside Gardens, an hour from Sydney’s CBD, not just because it is obviously next to a river, but because it is also a Ski Park thanks to a comfortable ride on our Volkswagen Golf R Wagon.

Sure, water skiing does lack the kind of full immersion my daughter seems to crave, but it is a hugely enjoyable way of interacting with water and, as a bonus, I love it as well.

The great thing about this particular location is that it’s also home to the Sydney Ski School, so if, like me, you don’t have your own boat and gear, you can hire it all, along with someone who’s going to be much better at teaching your kids than you.

What I mainly remember about learning to water ski, aeons ago, is the feeling of having water shoved up my nostrils and down my throat at a powerful rate while my mates laughed at me. I would then give up for a while, sit in the back of the boat and giggle myself stupid at my friends as they also failed repeatedly to stand up for longer than five seconds.

Water skiing, particularly the first few times, is not easy, and it has long been a case of fail, fail and fail again, until you finally - and thrillingly - get it right.

It was with some shock, then, that I discovered that - in typical style - today’s kids have things so much easier.

It’s not just that the teachers at Sydney Ski School are more effective than your mate’s cousin’s dad ever was, they’ve also come up with better methods.

The modern child learns to stand up on skis while holding on to a bar that extends out over the water from a point next to the driver of the boat. Not only is holding a fixed bar a lot easier than having your arms tugged out of your shoulders by the snap of a rope becoming taut, but this also means the instructor is sitting right next to you as you learn, watching and giving instruction at close quarters.

After the child has mastered the basics and knows what it feels like to stand on skis, a short rope is tied to that bar and the learning process steps up. Within less than 30 minutes, most children, with their annoying low centres of gravity and generally useful brains when it comes to learning new skills, have got the whole thing down, and they are smiling like you’ve just told them Christmas will now happen on the 25th of every month.

As much invigorating fun as skiing is - and wake boarding, my own preferred method now that I am too lazy to actually bother with standing up on skis - the real highlight for any group of kids is the end of the day, when they attach a large, inflatable platform called, for reasons that are not clear, “a biscuit”, to the back of the boat (in my day it was a truck-tyre inner tube, but this, too, has been much improved).

This means that four or more children can be hauled along the surface of the water at high speed together, squealing and screaming and occasionally pushing each other off. It is huge amounts of fun.

Now, I’d experienced all this before when my son, who’s 13, had been to Hawkesbury Riverside Gardens for a friend’s birthday party (don’t get me started on how expensive and absurd kids’ parties are these days), and I’d been waiting for my daughter to be old enough to have a go for some time, so it was with some excitement that we booked our stay, along with another family.

And then it rained. So much that Pitt Town flooded, and this particular part of the Hawkesbury burst its banks and washed away much of the waterside, turning the usually tempting beach volleyball court into a mud flat. So we waited a couple of weeks, rebooked and packed up our tents for another try.

The good news was that there is a fantastic campground on site, with loads of space for kids to run around - although the on-site cabins and caravans looked far more sensible to me, personally.

The bad news was that, when we arrived, we were told that the water was still so fully of trees and other debris that the ski school felt it was unsafe to operate. This was made slightly more galling by the fact that loads of people with their own boats seemed entirely wiling to risk it, and looked hugely happy to be doing so.

The saving grace, however, was something I’d not noticed on my previous visit - a swimming pool. And thus was kept entirely happy my fish daughter (a term that makes me hope she doesn’t grow up to be a fish wife).

Without exaggeration, one day she spent more than five hours in said pool, while I, as a doting safety dad, lay on the nearby sun lounger and kept an eye on her. Even if that eye was sometimes closed and having a nap.

We will, of course, be back, to try the skiing again. Unless, of course, we make the more sensible decision of saving all our pennies and moving to a house with a pool.

Or just selling our daughter to an aquarium.