Sydney: Volkswagen Group Australia (VGA) Managing Director, Michael Bartsch, has today unveiled a rare and unique gift to the Volkswagen community – an original, German-produced and NSW-registered 1951 Beetle, believed to have been produced prior to the introduction of right-hand drive – in a packed, Volkswagen Love-themed event at Volkswagen Australia’s headquarters in front of staff, dealership partners and international guests.

Best of all, also in attendance at the ‘love-fest’ was the previous owner of ‘The Little Car’, Volkswagen enthusiast and collector, Andy Roberts and his family, and Dieter Regel, son of the original owner of the Beetle, who had the car produced in Stuttgart in right-hand drive configuration and shipped to Australia when his family emigrated in the early 1950s.

Both Mr. Roberts and Mr. Regel spoke to guests about the Little Car’s amazing local history in what became quite an emotional moment for both men.

Mr. Bartsch, who had personally secured the vehicle late in 2017 and had kept the Little Car’s arrival a closely-guarded secret until today, spoke of the significance the little blue Beetle has not just for Volkswagen in Australia, but for himself personally.

“I was first brought home from the hospital as a baby in a Volkswagen, and for as long as I can remember, my family has always had a Volkswagen in it,” Mr Bartsch said.

“Bringing this amazing vehicle home to VGA has brought me great joy; and to me, is a part of the legacy I’d like to leave for the company,” he continued.

The pristine Beetle, the first piece in a planned museum collection of historic Volkswagen, is now on display in Volkswagen’s headquarters in Chullora, where it will remain permanently for all to see. Fans and customers alike are invited to visit VGA and see the Beetle in the metal, and learn more of its amazing history in Australia. 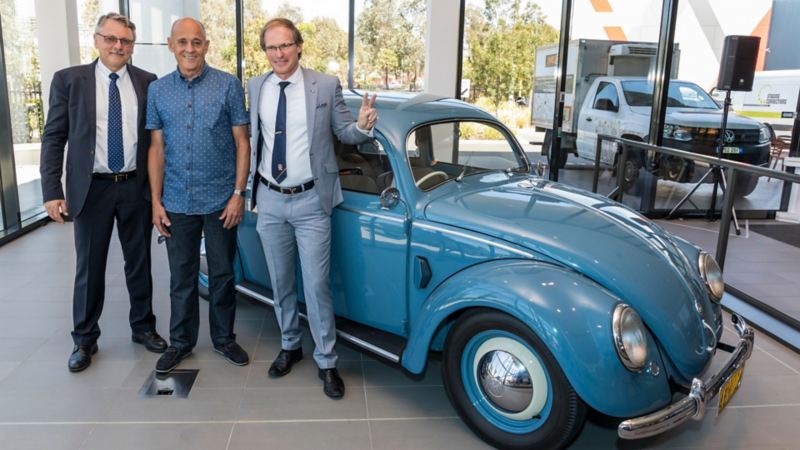 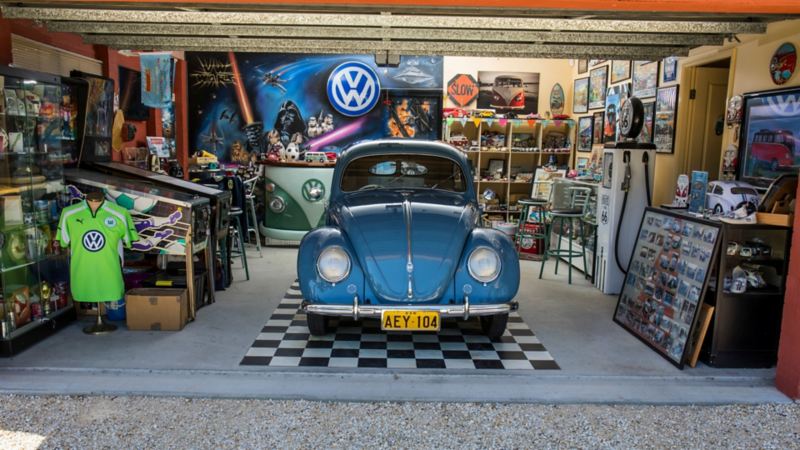